A downloadable game for Windows

Deff is a mercenary death that must hunt down other deaths that no longer want to be deaths.
And apparently he's wheelchair-bound too...

the game is a pixel art platform experience where each screen is individually made by hand, with interactive elements, terrifying enemies and treacherous puzzles

The mechanics of the game are easy to learn, it focuses on the protagonist's dash power.

There are discs in the scenario that play can attack them by making them move from one point to another instantly.

Just like the dashes on the discs, you can attack enemies as well, but the attack mechanics change a bit in the sense that you need to hit a left or right button attack sequence.

The game is set nowadays, the boneless (rebel reapers) have dominated the world taking the place of humans and now Eternus (World of true reapers) is on the brink of collapse with the lack of human souls fueling the core.

Deff is the only elite Death that has not corrupted itself on the boneless side but has also never had an interest in helping the grim reapers because him lives as a mercenary.

After Deff took a critical attack that left him paraplegic, his desire for revenge motivated him to meet the challenge of facing the boneless to save Eternus.

The enemies of the game range from skeletons mobsters, mutant creatures and supernatural beings who were influenced by the 80s terror culture.

Each enemy has their own strategy to reap them, sometimes enemies serve as platform elements so killing isn't always the smartest move.

Each level has its big angry boss and sometimes mini bosses, all with the promise that will give you the trouble you deserve.

Feedback is a way to pay for this game, yes! Believe me!
If you loved or hated the game, something that made you felt something is crucial you to leave you thoughts in the comments
Hope you come back when this game is done!

Listen the original soundtrack by: soundcloud.com/black-brisa

Maybe it's madcuzbad but i swear there should be some iframes. Also: Punker spawning where he just was in his first fight never fails to insta kill me because i cannot dodge his shot if he spawns there (because most of the time, i was just there hitting him)

so good can't wait until the full game comes out. keep it up

The gifs give me a huge Katana Zero vibe, which is never a bad thing.

Yes, I was thinking the same thing :D

Oh my lord this is good

For some reason I can't control deff. Once I get to the first place where I have to move and it says a and d to move nothing happens.

I played through the demo and actually recorded it for my channel. I want to say that I had a blast playing through this, even though I wasn't good at it whatsoever. The puzzle-esque aspect of the combat and locomotion was actually quite unique and a lot of fun. I can not wait for the full release, thank you for this!

Hey bro, I enjoyed a lot watching you playing, nice commentary and video quality as well

P.S I guess you are the first person to notice the Deff's big nose, LOL

Thank you so much for your kind words! I'm actually a big fan of the floppy nose. I can't wait to see where you go from here!

I'm sorry about that, I can't figure out how to make work the MAC and Linux version

I can say that this game is pretty interesting

does the demo end after punker bcause i am stuck

on a hallway screen

The demo end when you Go to the social media room

i love the challenge that punker is

Not working for mac :( says the file cannot be opened

**ONE OF THE BEST PLATFORMER GAMES ON ITCH.IO IT’S JUST AMAZING.**sorry for all caps but I just had to for such a good game. I still have not beat punker.

Thank you very much!

One of my buddies recommended this game and I'm really glad he did this was a ton of fun to play through the mechanics felt amazingly smooth and that last boss was a doozie! my full play through here.

Thanks man for playing my game, I've so much fun watching your gameplay, you definitely was the best player I've seen so far

Thanks for responding and I truly appreciate it look forward to the full game!

Played the game shortly, found the controls somewhat difficult, the user interface not very clear to myself, perhaps the instructions were insufficient. Certainly the high mouse sensitivity should be recommended, though. But from the very beginning I could see the storytelling is great in this one.

I was recommended your game on itch.io and it looks really good! Although I wanted to know if I could play your game on my YouTube channel?

Have a nice day!

I seem to be having some trouble running your game. It seems that it is asking for £4.19 to just extract the files. Do you know if there is a way around this?

Have a nice day! 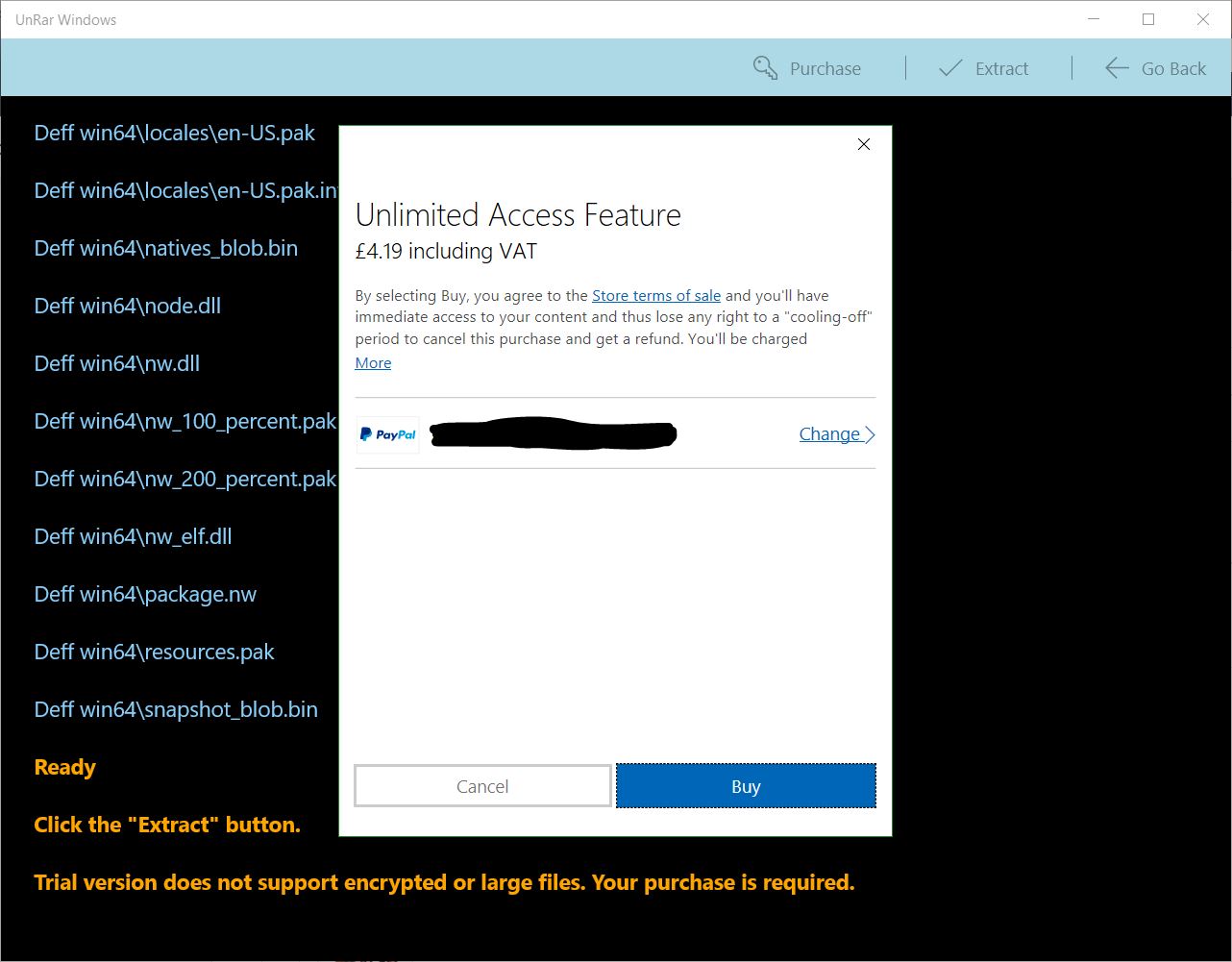 try winrar to unzip the files

Okay, I'll give that a go instead

Looks like an amazing game! Unfortunately I don't seem to be able to run it under my Ubuntu. I've downloaded Deff linux64.rar file and uncompressed it... but I can't run the game from any of the files. Do I need to download any extra tool or something? Thanks for your help!

The binary isn't marked as executable, it's the file simply named nw. It doesn't run properly for me tho (Debian sid)

I really enjoy playing this game. Punker is SUPER HARD. I am still trying to beat him. Can't wait to see the rest!

Thank you, I'm glad you liked!

Can you please add a speed run mode to this game?

Found an exploit, by clicking with middle mouse button I can teleport anywhere.
Is it a glitch or is it a feature?

Damn, I forgot to block this function , is a debug button for test purposes

Man, you gameplay was perfect, I liked a lot, I really had fun

Our Team are from Brazil so our english is often translate from google translator, but thanks to your video we will try to write better the subtitles
I hope you can play the full game when we release
Peace!

THIS IS ONE OF THE BEST INDIE GAMES I HAVE EVER PLAYED of fuk caps sory, but no kidding, the music was amazing and when i finished the demo i was so sad i thought it was a full game, so when the game comes out please let every one know

I really happy you enjoyed the game, we are working hard to finish it as soon as possible, please follow us on twitter to keep updated about the development, thanks for you comment, it made all the work we done so far worth it

im just happy this set a all time high for games, i now will have to find games that barley rive this demo

Reply
ox2 years ago
Played this on my channel today, dashing between objects is definitely a unique mechanic to base a game on.
Reply
Soft Waffle2 years ago

There are bugs on the linux version:

please fix if you can.

It happens when i launch the game, when they jump on a train or something, then when it's time to play the screen is black.

If i do this with continue, it renders the main scene but i can't go very far.

sorry for the inconvenience, I had no way to test linux version yet, I'll see what I can do to fix it

thank you for the bug report

Thanks for your quick answer.

Ask questions if you want

I played your game.

Nice video, thanks for make a gameplay video

One tip to defeat the boss: Try to use the super dash (left+right mouse button)

Awesome! I hope you liked the game

Thank you for playing,

I'm Sorry for the bug that made the Disc disapear, I'll fix that in a later update

Reply
psychroclasm2 years ago(+2)
If Punker's this difficult, how am I gonna beat Big Skull from a wheelchair?!
Reply
DinoboxStudios2 years ago

Thank you for take your time to make a video gameplay, I've enjoyed so much watching you playing this little demo,

Good Game, the various "disc type" made a good puzzle, keep going with the  good job

Pretty damn cool, though the the combat is very hard to get used to.

So happy you enjoy the game

Hey, cool game, I have needed a little practice in the first parts but after that I was fine. 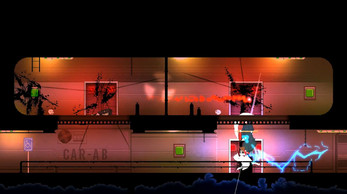 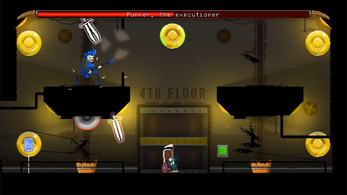 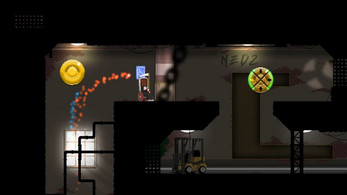